Under the City of Light 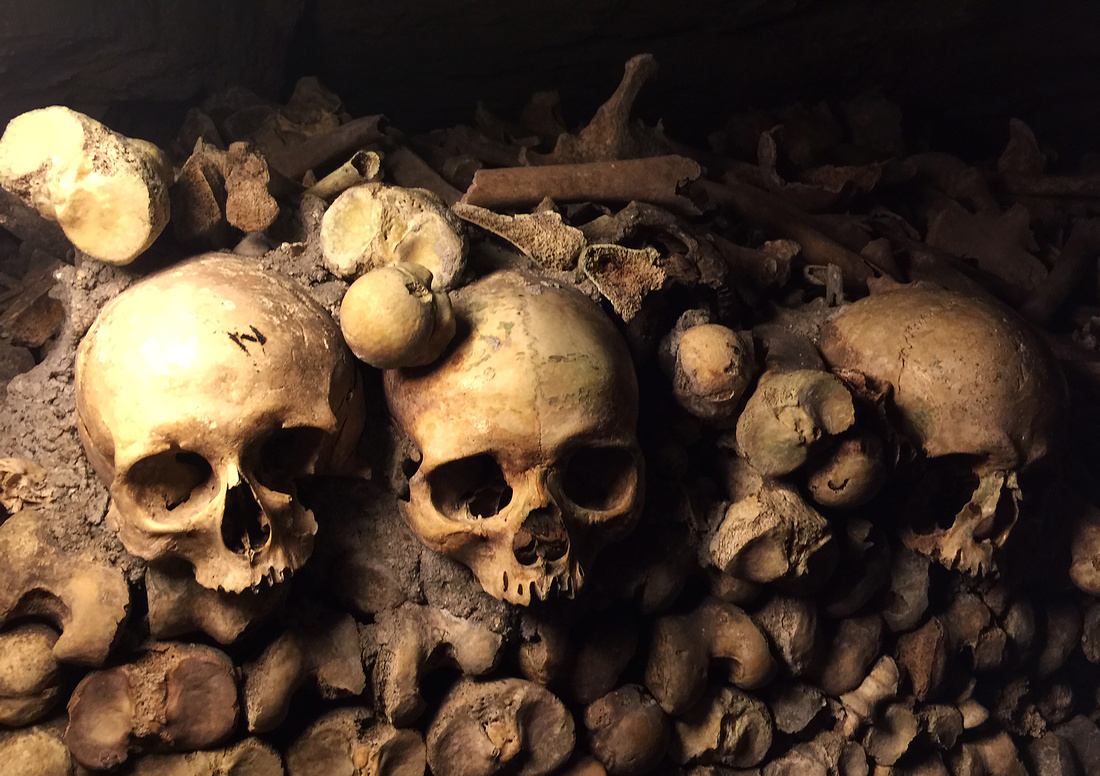 Several years ago while in Paris, we took a chance and decided to take a tour through the famed Catacombs. These labyrinthine underground galleries initially were created from the stone quarrying that went on during the 13th Century to provide building material for the expanding city.  By the 17th Century cemeteries were overflowing, with human remains posing a major health problem. The city of Paris took on the task of moving the bones of between 6-7 million people from the cemeteries to the underground ossuaries, a task taking 12 years to complete.

While waiting in the long line to gain access we wondered what we would see and how we would react.  Finally it was our turn to get our tickets and then descend down a long spiral staircase, leading to stone walled passageways and then into the ossuary.

The visit was, at first glance, overwhelming. As we walked through the low lit galleries hundreds upon hundreds of skulls stared at us. It was very unnerving, to say the least. However, after a bit of time walking through many galleries I slowly began to almost feel at home with these remains of fellow humans of another century, each of whom had lived a life and had passed into eternity. It was revealing and sobering to recognize that, in one form or another, we are all on the same journey through life.